I was hoping to catch Blood Orange (Dev Hynes) at Field Day this year but due to a combination of setting off marginally too late and THIS... 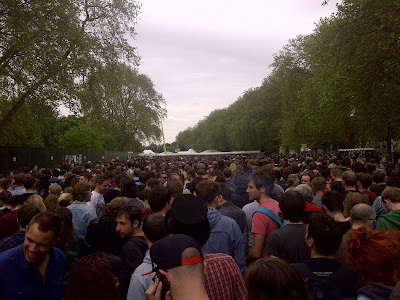 On the whole the entire experience was a little over crowded. If you desperately wanted to see certains acts then heaven forbid they were on after each other, as tents filled up a good half an hour before people got on stage. 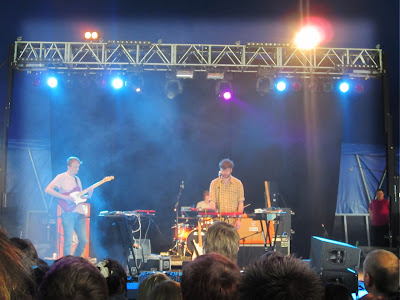 We managed to catch all of Errors, whom I'd previously seen in Manchester and were just as good as they were then. Although we all agreed the best part to them is the drummer who we could barely see tucked at the back of the stage.


I'd like to list an array of other people we saw but truth is we maybe caught 5 minutes of every act due to timing and crowds. 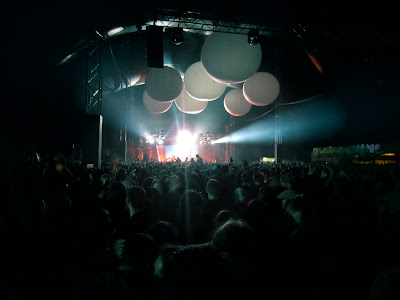 The highlight of the day was at the end when it started absolutely pissing it down, meaning the crowds had died down and we could watch Modeselektor who absolutely smashed it and were super fun. 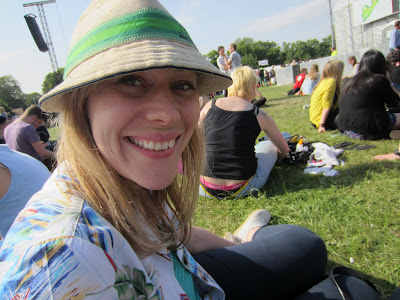 Compulsory festival hat and Hawaiian shirt. Did I tell you I've been to a festival before?

This week we're off to Lovebox so I'll try to be a little more prepared with the schedule, and hope they don't let as many people in because if I miss any of Grace Jones, Chaka Khan or Chic then I will sob uncontrollably and titty lip will be a permanent fixture for the rest of the year.
Posted by Unknown at 16:53