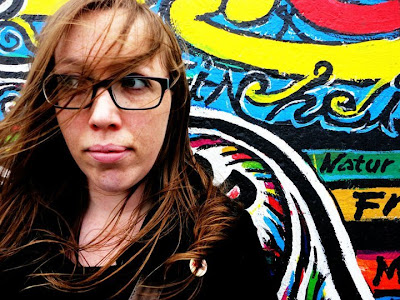 Having spent most of my life thinking the bright lights of stardom were waiting for me, either in front or behind the camera, its a little bit of a surprise that I am now in the medical profession as a Remedial Massage Therapist.

The root of this profession probably started years ago when my Mum taught me how to do a foot massage correctly (she’s a Podiatrist) , and she said then that I should go into massage. Paying no heed, I went along with my media dreams and did Television Production at uni and then went on to do a variety of short films, a Bollywood feature film (set in the Lake District "Mr Bhatti on Chutti") and a music video.

I wrote and wrote... one got made, well, only half. Lee Hutchings made this short for me. Sadly because of time and an unhelpful location, the finished result was only a trailer. But I'm still quite pleased with it.

After coming back from New Zealand, it was the wake up call that me in the media wasn't working for me at the time and I needed a new skill. This was around about the time my Mum piped up again to suggest massage and I'm glad she did.

So now I'm a fully qualified massage therapist based in Manchester and it's a really interesting job with quite a hefty amount of responsibility.  The amount of trust that I get from the people that walk through my door is really humbling, and it's all worth while when I have someone say "Yeah, after the massage last time, I could totally feel the effects, and I did what you said I should do at home, and it really helped"  .

The ultimate compliment is when someone falls asleep on the couch while I am doing their massage. Everyone needs massage as a regular part of their bodies upkeep. It's just as important as going to see your dentist (although much more enjoyable!)   I've had a variety of people come to see me for a massage. I've even had a celebrity - Sinead O'Connor! 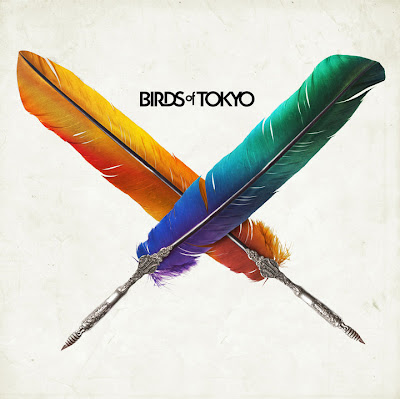 I've recently found out about an Australian band called Birds of Tokyo. I now own two of their albums ("Empires" and their self titled "Bird of Tokyo") and I pretty much listen to them daily. I like the massive outburst of rock in contrast to the indie sound that they all have. My favourite songs are Murmurs and Plans.

I found out about them through my usual youtube surfing, where I came across a fan video for the Welsh rugby star Leigh Halfpenny.  I enjoy watching rugby and Leigh. If you watch him play, you'll see that he is quite simply a beast of a brilliant player.   I would love to see them live, but I don’t think that they have much of a following in the UK. Not worth the airfare to come over probably. Maybe I'll go over and hopefully they are still rocking out.

Rugby. Rugby. And more rugby. The past year, I've done quite a 180 in my interests. Growing up I was into my acting, even getting onto a National Youth Theatre course along with Matt Smith - the most recent Dr Who. I think I must of fancied him, as I took this sneaky photo of him. 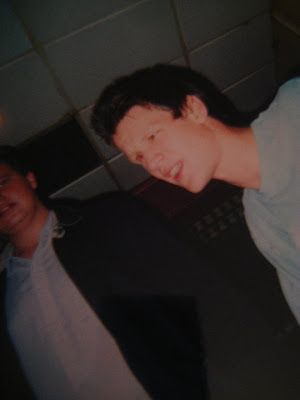 But after coming back from New Zealand and starting my Massage career, I started to leave drama behind and found myself more and more at the Sale Sharks rugby matches.

Always one to get involved. I started to follow them closely. And through the ever mighty power of Twitter and "It's not what you know, it's who you know" I got the opportunity to make content for their youtube channel with "Meet the Fans" videos.


Every game last season, pre match, I would talk to the Fans as they began to gather and ask them questions about Sale. Then I would edit them together. It was great getting to have rugby banter with all these people. Some, weeks later I would walk past them at the game and they would recognise me and say hello. It was great!

There is a really nice sense of community around Rugby, where fans from opposite sides can quite happily sit next to each other and chat before, during and after the match.

I also have quite a thing for editing to music. I love getting the beats right on the point of an action change. It makes the action seem much more dramatic and exciting.

This is what I do when I have nothing to do at home. I think its a productive use of time. My latest one was a video about the Scotland win over Australia. I put it to Murmurs by Birds of Tokyo.

As a way to put all my rugby videos together, I started a blog - Thistle Shark, which is slowly becoming a bit addictive. The best thing about it, is looking at the stats, seeing where in the world it's being read.