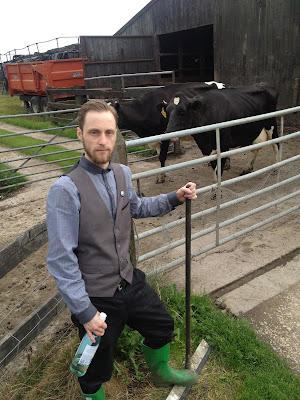 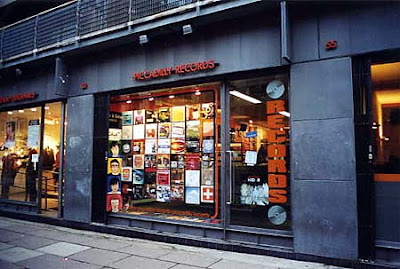 I moved to Manchester in February 2002 as I got a Christmas temp job at Virgin, then moved to HMV, and now I'm currently at Piccadilly Records where I have been for seven years. I help out in the mail order department, which basically means I deal with all the orders people place online. Which, until a few years ago was the only way record shops were making money. But since Record Store Day started I think it's refreshed the idea in people's minds that there is no greater feeling than buying and listening to music on vinyl.

We carry a huge selection of music and the list of genres we cover is immense, but we don't stock any second hand items in any format. One of the biggest selling records we had in recently was a Jack White 12" etched record.

Now whilst an etched record isn't any thing new, this one is one of my favourites... 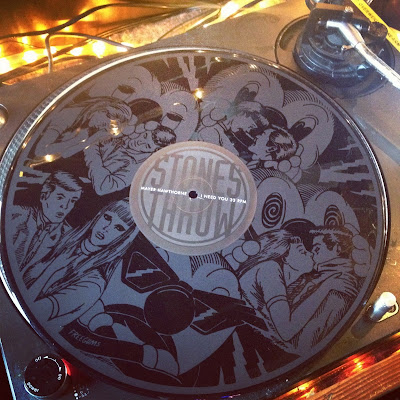 Mayer Hawthorne - I Wish It Would Rain

The difference with this one is that it also plays the etched side too! Apparently this is the first playable etched record ever. You can find out about that record and other specialist ones here...

Like I said before we don't stock second hand records but we do get reissues of LP's in stock. Whilst in work the other day I caught a record out of the corner of my eye which contains a track that changed my life. The album is by St. Germain and the track is called Rose Rouge. Originally released in 2000, the album taught me to constantly seek out new music regardless of the genre: complete game changer. It has now been fully remastered on 180gram vinyl. 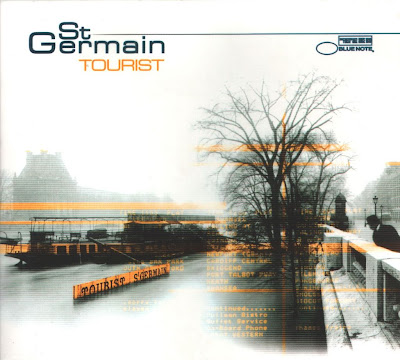 I recently went to Cube gallery in Manchester for the Blackpool end of year degree shows. The majority of the work on show was of a very high standard. But the work of a Graphic Designer called Emma Ogden caught my eye the most. She had these three booklets which folded out. The weight of the paper and the folding was exquisite. Also, I was impressed that someone so young had managed to get four weeks work experience in New York. I say impressed; but I'm just jealous! Her business card was fantastic, too: simple, clean, precise and had her initials embossed on the card.

Check her work out here www.emmaogden.com

I'm currently working on a club night called Night Fever, which is the first Saturday of every month at The Roadhouse, Manchester. It's an unpretentious, fun-filled night playing well-known songs from the movies e.g Huey Lewis - Power of Love (Back To The Future) or Kenny Loggins - Danger Zone (Top Gun). We show clips from films and give out free popcorn too. We've done four so far and everyone who comes has an ace time.

Kenny Loggins - Highway To The Dangerzone

The next one is on the 7th of July and it's a Grease themed special. So get dressed and come along for a fun filled night! You can buy tickets on Skiddle and read more about us on our facebook page. 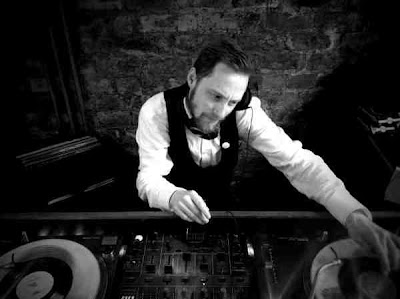 I also DJ around Manchester too. You can find me DJing every Sunday in Trof, Northern Quarter 3pm - 8pm, playing various laid back tunes from Frank Sinatra to obscure indie acoustic b-side cover versions to Balearic classics. I also broadcast live on www.ustream.tv - with audio and visuals, too. I’ll even give you a wave and do requests if you ask me via Twitter. The only rule is that I have to play vinyl.