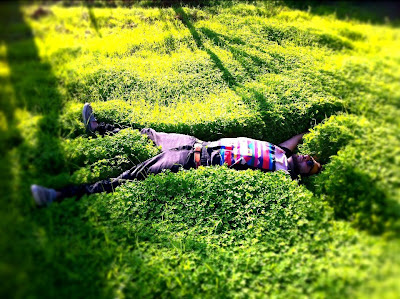 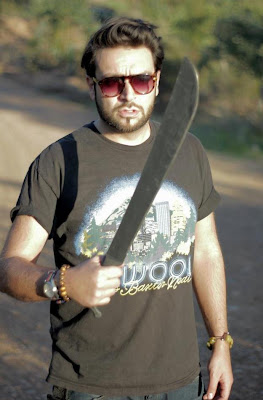 Blagging my way into the world of fashion under the guise of "Graphic Designer", I have in the last few years put to use all those seemingly useless skills one picks up in random jobs to get to the position of "Head Creative" for a Brand Development company.

It's one of those jobs/titles that, on telling someone what I do always leaves me feeling like either a total douche or that I've undersold the whole thing. I tend to distract them by spilling a drink on their shoes and running away. For the benefit of this here interview... here goes:

We have a few brands that we as a company invent, register own and develop, and sometimes sell.

Our largest and better known brand is Beck & Hersey.

This takes most of my time. As Head Creative, I'm also in charge of the Graphics Department. It's a small team, meaning I still get to draw, and generally mess about with cool stuff from time to time. This includes concepts for each season, current styles, trend spotting and predicting trends are all part of this phase. I love this bit. I'm going to ignore the boring middle bit where the garments get made, and all that business... I’d go have a sandwich at this point. 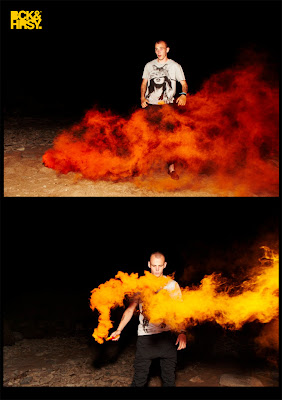 The next step is photo shoots for look-books, magazine ads, on-line imagery, POS for our retailers etc. This is also the bit I love. So, the concept for the shoot is also my responsibility and comes pretty easily as the graphics and general collection has been swirling around my brain box for quite some time by then. Arranging the whole thing and directing it gives me the biggest buzz. The bigger the budget, the more ambitious the project the more stress… the better. Seeing everyones hard work culminated, and gift-wrapped in the form of those shots that'll help promote what we're doing just does it for me. Love it. 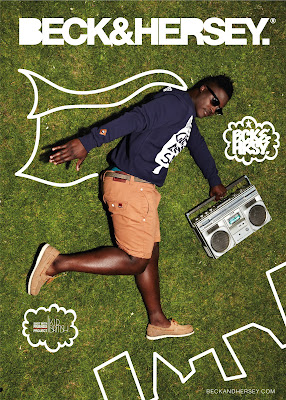 The rest is half arsed marketing, social media and PR in the form of giving clothes to vaguely famous and all the talented people I know or have drunkenly met in a bar. 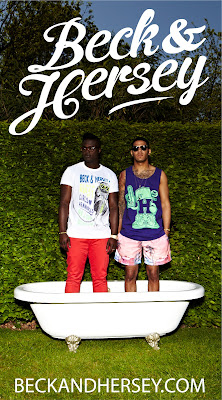 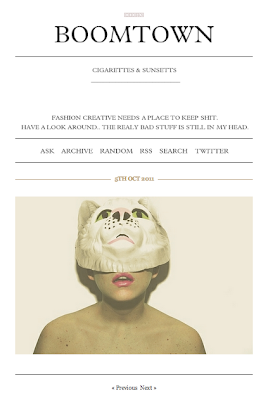 My Blog BOOMTOWN is the source (or reason) of most of my discoveries these days.

I love being a Tumblr addict, I know it’s the work of the hipster devil, but it really helps me put my muddled mind into some order. It's advanced scrap booking for the artistically inclined. A catalogue of all the images, sites and talent that has, up until a year or two ago been bouncing around my mind.

There are no interesting stories connected to how I discovered any particular artist I'm afraid. The nature of my job kind of ensures that I'm exposed to as much good shit as possible (or at least try to be).

They're a London outfit who I *think I know... can't remember. They started following me on Twitter and I presumed it was my mate Big Chris who was always talking about doing pretty much what they're doing. It's inconsequential now whether it is actually him or not because what they're doing is a great indicator of the internet being merely another tool for the same vision that has always been around, and not the massive distracter to all things DIY and "Punk" ethos.

They do fanzines (Secret Eaters), they've done a recipe book (The Mona Pizza) where each recipe is put together by their favourite bands (obviously obscure indie bands mostly due to the fact they'll do that shit for free) and colouring books (Chill Murray)… most is food based and all is illustrated badly and brilliantly. It reminds me of when I was a kid and the cool kids were all making their own fanzines and making their own artwork for band posters. (Not me, I was a dork). These guys are dorks too though I'm sure, and there’s loads of other stuff like this going on everywhere... but those are my people (I think), and I'm standing by them (I guess).

When I'm doing my own stuff, I'm touting myself as shoot Art Director. It means nothing, but I like to get people together and see what comes out. Ideas can't sit around in my head and not do something, bouncing ideas around is the best therapy. Its early days and very difficult getting my peers together in an "experimental extra curricular" capacity as everyone (I’m pleased to announce) is generally working their titties off.

I work with my Brother Kip a fair bit, (Vertex Media) messing about with dead media... VHS's camcorders, old 35mm that kind of thing, we've always preferred the analogue stuff, cos you can trick it and make it do weird stuff... and I guess these days, we're a little nostalgic. It seems terribly hipster now though, so we do it in secret.


Recently I suffered an obsession with shooting with VHS, and making it into GIFs... this then got me into GIFs in general. I like the twitchy nature of this modern yet backward expression of imagery. It speaks volumes of "our times" I guess.

I've enjoyed writing this, that’s another thing I like doing... writing. This is no showcase for this, there have been no edits, and no thought put into it and writing about yourself has gotta be up there with accepting presents gracefully and knowing how to fish for compliments without anyone noticing. A dubious skill, no doubt.

If you ever need any of these qualities, I'm available. Art Direction, Copy Writing, Graphic Design and general sounding board included.